Clues to a Future Career Path—Beliefs 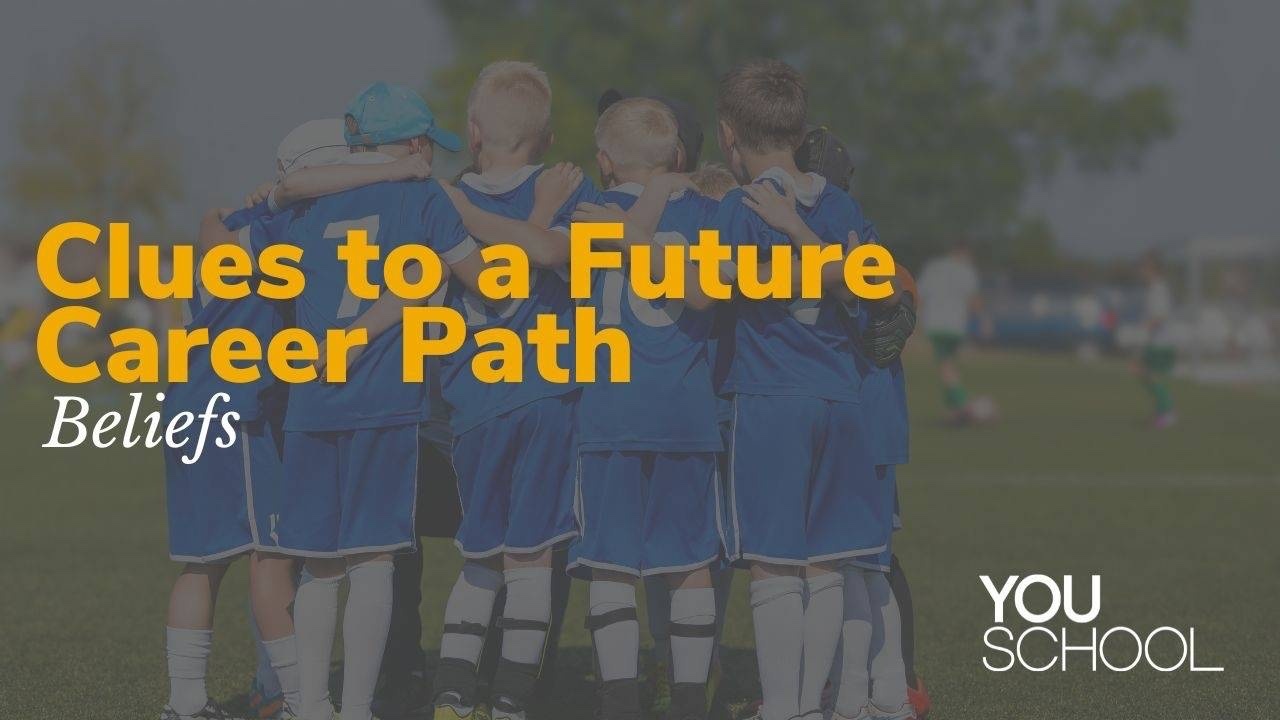 It's always tempting to steer a kid toward the most secure, stable career path possible. After all, if they can't take care of themselves, we're all in trouble at the end of the day.

Unfortunately, what seems to be the wisest, most responsible career path rarely accounts for a kid’s motivation, interests, or passion.

On the other hand, just because a kid is interested in something doesn’t mean they ought to be encouraged to build a life around it. One of my longest and closest friends loves organizing family games and competitions, and he spends a lot of time thinking about it and planning for it. Fortunately, even though it’s a huge interest to him, nobody ever encouraged him to try to make a living out of it.

So besides stable income and a secure career field, how can we help kids find a path that blends their natural aptitudes with their innate motivation?

Here’s a thought: help a kid uncover and define their core beliefs.

Let me share a personal example. When I was growing up, I played Little League baseball. For three years, I was drafted by the same two volunteer coaches, dads whose sons played on the team, too. Our team dominated the league, beating the best teams from other leagues around the county. It was pretty thrilling to be a part of; I still hold onto those memories.

But I also remember the intense pressure we all felt. One of the coach’s sons was our main pitcher. He was the kid in the league that nobody wanted to face, like a mini Nolan Ryan. When he was on the mound, his dad would bark out signs and instructions and reminders like it were the military. As the season wore on, his son developed a facial twitch whenever he pitched. After every command his dad yelled, his son’s face would twitch.

I remember being 12 years old and thinking, “This doesn’t seem right. Why are adults so intense with their kids? Aren’t sports meant to be fun?”

Fast forward a couple of decades, and I started coaching my kids. I was tempted early on to be a hard-driving and intensely competitive coach so that our team could win at all costs. Then, my ego whispered, other coaches would respect me, parents would praise me, and my players would go on to play professionally.

But fundamentally, I believe youth sports are meant for kids to grow in confidence and character, learn about teamwork and resilience, and have fun. I believe coaches have a unique opportunity to build positive relationships with kids and make a meaningful difference in their lives.

I’ve noticed that many adults have forgotten that context, ruined the spirit of sportsmanship and fun, and replaced them with hyper-competition and drive for winning. I believe someone needs to help refresh people’s minds about the purpose behind youth sports and invite other parents to return to a wholesome spirit.

Recently, we (YouSchool) built a relationship with the San Diego YMCA and signed a contract with them for us to design and create a training program for their volunteer sports coaches. We’ll get to produce a training program so youth sports can be a consistent and integral part of positive youth development. It’s taken a few years, but now I get to focus my professional time on a deeply held belief.

Paying attention to what your core beliefs are can be a clue for how to focus your professional energy. Let’s help kids reflect on and process their core beliefs and encourage them to explore how to apply their talents and time to express them.

P.S. What if there was a way to get the best resources to impact the kids in your life—delivered to you at the right time?
Check out our memberships for parents and educators.