Clues to a Future Career Path—Values 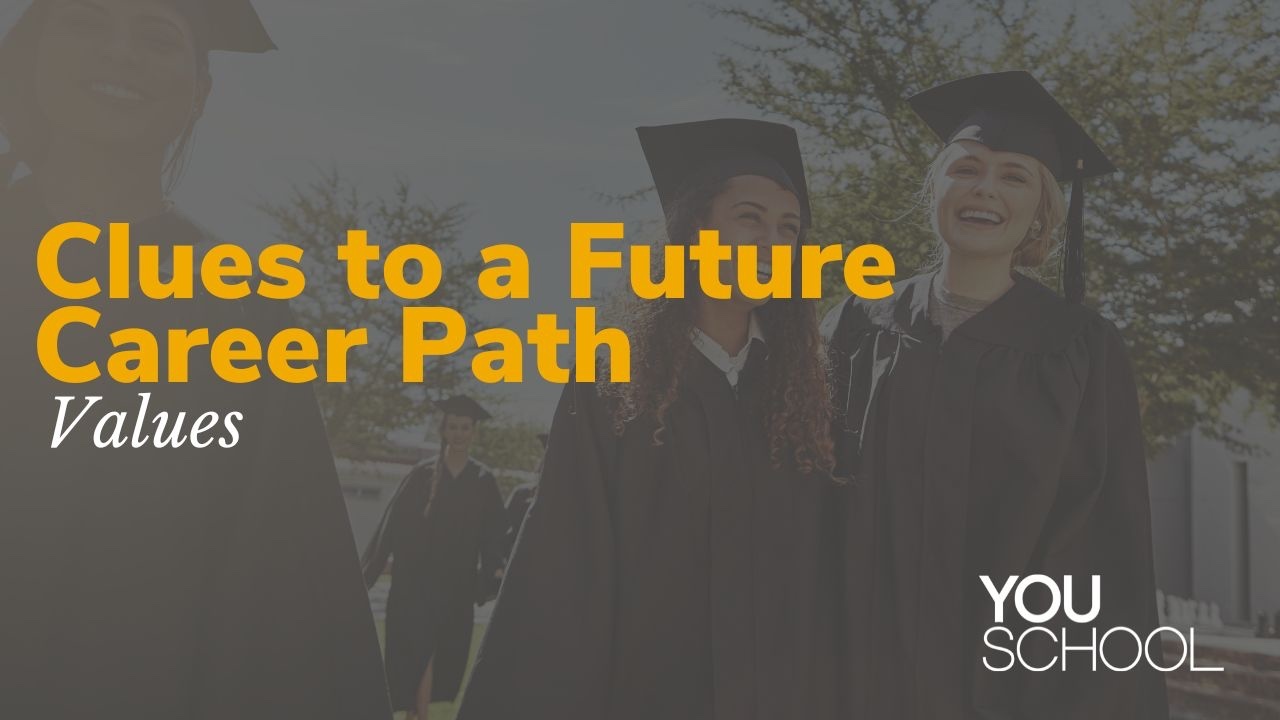 While working with a group of high school students last week through a workshop on finding clarity for their future, one of the kids said, "The biggest pressure I feel about my future is to pick something for work that I would hate to do every day." What a miserable idea, isn't it?

That sentiment is what many kids perceive to be their task when making decisions about their future.
In reality, most of them have seen some version of that modeled by the adults in their lives, reinforced by characters on tv like The Office, and reflective of how they feel about going to school. It’s just something you have to do—nothing related to your interests, passions, or values.

It’s no wonder that kids often appear to shut down when the conversation about the future comes up. And, if we’re honest, many of the messages we give kids about their professional life are the same: “It’s called work for a reason.”

That’s why we need to shift the conversation with them and give them a more productive framework for how to think about their future path. I want my kids to understand that work is a privilege and an opportunity to do something meaningful with their lives, which can be the context for their greatest contribution and joy in life.

Ultimately, I want my kids to build their life on a higher notion of work being a sacred gift, both to them and to the people they might serve. This discussion leads to the idea of building your life on something.

Everybody builds their life on something—whether conscious and deliberate or not. Some people build a life on responsibility or obligation. Others build it on survival or proving someone wrong. Some find that they build their life out of an insecure need to compete and win, even though there’s no one watching or running against them.

Everybody builds their life on something—what will it be?

Here’s one option: Build your life on something that matters to you.

That begs the question in a career discussion: “What matters most to you?”

That’s no throwaway icebreaker question. It’s the foundation of the “Values Affirmation Exercise,” a key intervention used in at-risk school environments to increase students' sense of belonging. When kids are given the opportunity to reflect, articulate, and get feedback on their most fundamental values, the research shows their academic achievement increases substantially.

Perhaps not surprisingly, when someone gets to reflect on their lives and bring that notion of what matters most to them to conscious thought in their current context, they become more present and engaged. It’s almost like a switch flips on, and their true personality and humanity emerge.

In a conversation about the future, when so many kids feel discouraged from dreaming or being creative and bear the weight of expectation and responsibility to do something rote or meaningless, how important is it to engage them in the center of their hearts? Before you focus on where the jobs are these days or what educational path they should take to be set up for employment, consider guiding them in a slightly different direction.

The next time you talk about their future, do them a big favor and ask them to think first about what matters most to them in their lives. Probe them to go a little deeper with their response:

Most importantly for a kid, they need to hear a bunch of examples of adults they know to share about what matters most to them and how they express those values through their work. They need to see what it looks like to live a life of deliberate purpose, motivated by values and built on fundamental beliefs. They will have a better opportunity to see a reflection of themselves, not as mindless drones working in cubicles but as courageous leaders intent on making an impact.

What if there was a way to get the best resources to impact the kids in your life—delivered to you at the right time?
Check out our memberships for parents and educators.