Every Kid Needs a Little Clarity 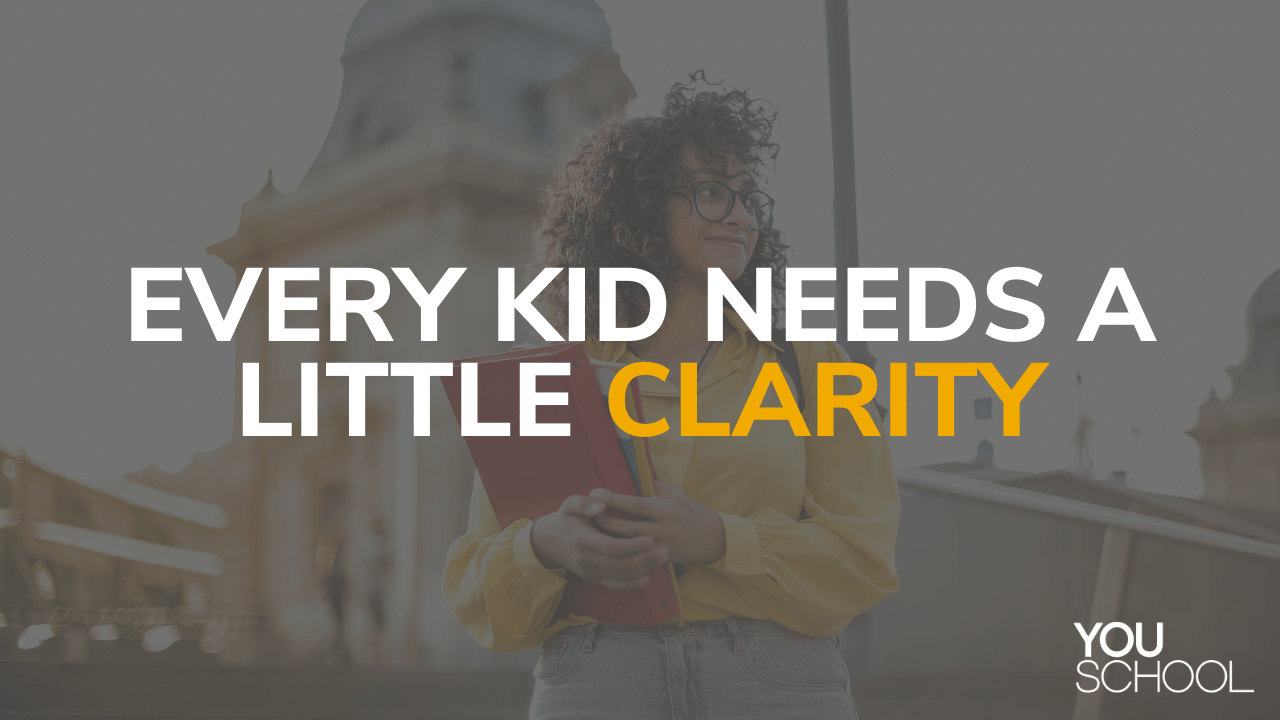 It's college acceptance season, for better and for worse. Kids across the country are anxiously awaiting emails and letters to announce their fate for the next few years. It's a season filled with celebration as well as heartache.

I remember during the latter part of my senior year in high school the conversations got so repetitive:

"What school are you going to next year?"

"Do you know your major yet?"

I remember often smirking when I'd overhear my friends struggling to come up with their half-baked answers to those questions—a lot of them had ideas of plans, but nothing with real clarity or confidence. But not me. I crafted a solid, defensible answer, and no one questioned it.

A few years earlier I declared to my parents and really anyone who would listen that I was going to attend the University of San Diego because they had a good Accounting program. I was going into finance and would ultimately become a CFO of a multi-national corporation.

Nobody worries about the kid who says he's going into finance.

The problem was, it was the wrong story—I had no clue who I was or where I wanted to take my life. I had no idea how to build a good life or find happiness. But I was smarter than the other kids my age who would say ridiculous things like, "I don't know" or "I think I'm going to be un-declared for awhile". They'd literally open the doors for an attack from older, well-intentioned Boomers.

I did go to USD and study Accounting. I actually got really into it and ended up having seven jobs and internships in Accounting and finance. I did all of the recruiting events like 'Meet the Firms Day' and shook hands at the Del Mar racetrack for networking events. I went through multiple rounds of interviews with a global Accounting firm.

But, professionally, I don't do Accounting or finance anymore and haven't since the day I graduated college. I had an identity crisis during my senior year in college, precipitated by the events of 9/11 with the backdrop of my parent's divorce. I started asking bigger questions about my life, expecting better answers than, "You'll figure it out later".

I don't regret going to USD (I met my wife and closest friends there) or having that background. But, my time going to that school to focus on that major was a gigantic waste of time.

In hindsight, I didn't have a frame of reference for finding clarity in my life. No one told me it was possible to actually figure myself out and find a version of a happy life. All anyone told me was to pick something and make sure that what I picked would pay the bills. Happiness would come later. Maybe.

I've taken hundreds of informal polls over the years with teenagers. I ask them to raise their hand if they have parents who have clear expectations for their future, whether right or wrong. Typically, about half of them raise their hands. The other half have parents who provide little to no guidance or have stated expectations for them. They say things like, "We don't care what you do as long as it brings you happiness."

Although a sweet sentiment and something I agree with, I know that there's so much more than wishing a kid well.

Every kid needs a little clarity. Becoming self-aware is possible. We can start expecting teenagers to come up with well-thought-through plans for their lives and frame what happiness means to them.

If you'd like to learn more, go to our articles on guided reflection for kids.