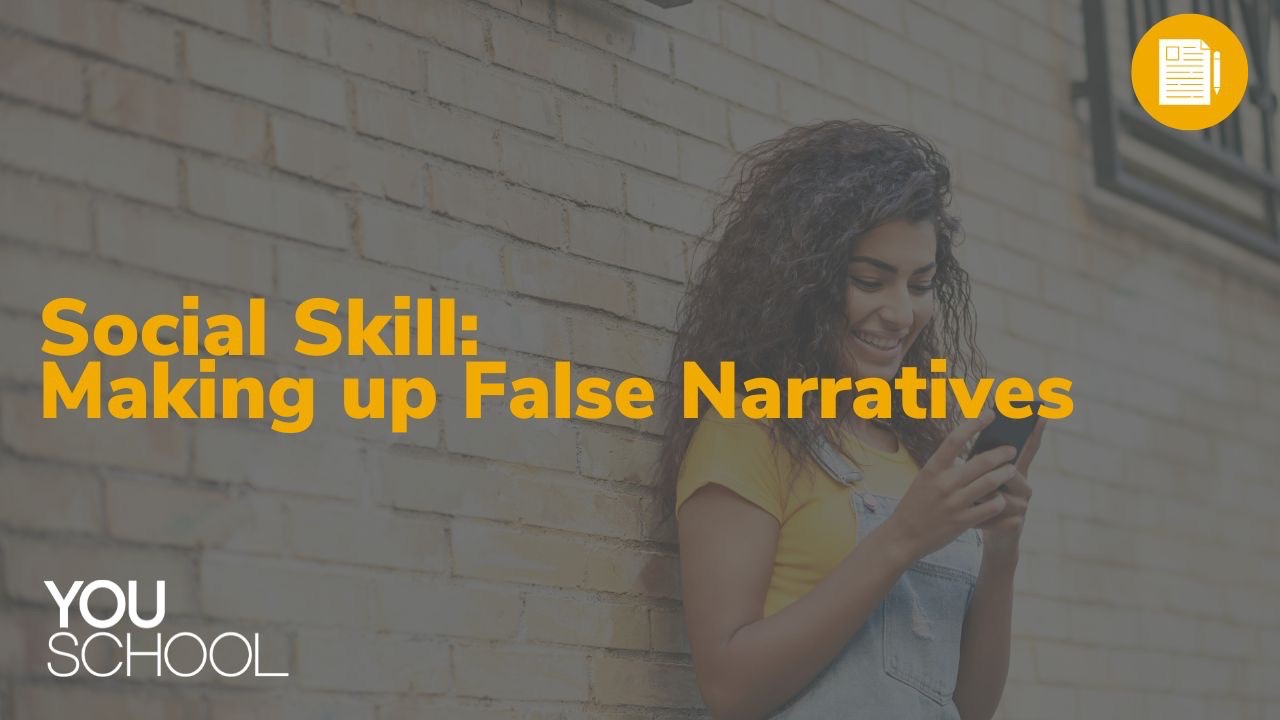 There’s no question how important social connections are to a teenager. They will go to almost any length to procure or maintain good social standing. Some are better at it than others, but make no mistake—every teenager struggles with peer acceptance.

Following my older sister’s footsteps, I went to a private Catholic high school where uniforms were required. In many ways, school uniforms were a gift. With fixed parameters for creativity, the agony many kids go through to wear something acceptable or cool was greatly nullified for my peers and me. That being said, even within the limited palette of khaki, navy blue, and white were still countless variations of appropriateness, especially when you are constrained to adding flair and expression through shoes, socks, and belts. There’s no escaping the cutthroat world of critique that goes along with adolescence.

We know how important friends are to a kid, but research over the years on teens and their transition to adulthood has highlighted just how crucial healthy social bonds really are. Some of the pioneers of adolescent development, the Search Institute, completed a massive study on 254,000 kids across many years and contexts in the late 1990s, leading to their seminal Developmental Assets Framework, now used worldwide. They were able to prove through data how strong social ties with peers will lead to positive outcomes (like(academic achievement and self-esteem) and fewer negative outcomes (like truancy or substance use).

They also highlight not just the research outcomes that prove what we’ve all known to be true intuitively but specifically the importance of being deliberate about cultivating those key developmental relationships. In other words, if we want to support kids truly, then we don’t leave positive friendships to chance—we guide, teach, model, and support them as they go through adolescence.

So how do we help teenagers build healthy friendships, especially when their natural bent is to build a social network of peers outside of the presence of adults? We take the opportunity to share crucial relationship skills wrapped up in personal stories whenever possible and appropriate.

A few years ago I came across one of those relationship skills that had never occurred to me, nor had I ever heard about or been taught. It came from an interview someone did with Brene Brown, something I only listened to once and haven’t been able to find again, yet it stuck with me. She told a story about a time when she was about to deliver a keynote speech to an audience she’d never interacted with before, and right beforehand saw a random person’s Tweet about her that said something like, “Why on earth is Brene Brown speaking here?” Rather than click on the link, which re-routed her to an article, she felt overcome by her sense of self-doubt and insecurity, as though everyone else was thinking the same thing she was.

Later on, she went back to the Tweet to click the link, which sent her to the opposite of a hit-piece but instead to a thoughtful article about how wise the conference organizers were to bring her in, how her perspective and research were exactly what the attendees needed to hear.

As she described in the interview, she took one piece of data, misinterpreted it, and “made up a story” to tell herself, reinforcing her fragile ego at the time. We all make up stories, she said, about what we assume other people are thinking about us, and rarely are they accurate or flattering.

That’s the same exact thing teenagers do at an extremely proficient level. A kid will hear someone say something and assume it’s about them. They will absorb their friends' critiques at lunch about other kids and internalize them to themselves. They’ll send someone a text, receive no response and make up a story about how that friend is mad at them for something they did or didn’t do.

Kids make up false stories about their peers and their own social standing constantly. But, as Brene Brown says, rarely are they accurate, and they’re certainly not ideas to live by.

What if we reflected on the moments in our lives where we made up stories about what we thought our family, friends, colleagues, or acquaintances in our neighborhood thought about us and shared those stories with the kids in our lives? Because that’s how they’ll learn this idea. And, how powerful a skill for a teenager to have—to suspend a reaction or a behavior change just because we make an assumption about what another kid might think about us?

Imagine, too, how powerful of a skill this would be for kids who are learning how to resolve conflict with their friends. For many, their version of conflict resolution is to cut that friend out and avoid them at school from now on. Or, worse, to start talking about them behind their backs. But, if a kid can learn to check the story they're making up with their friend before they decide how to respond, chances are they will resolve a conflict before it even really starts.

P.S. What if there was a way to get the best resources to impact the kids in your life—delivered to you at the right time?
Check out our memberships for parents and educators.