Letting Our Kids Separate and Move On 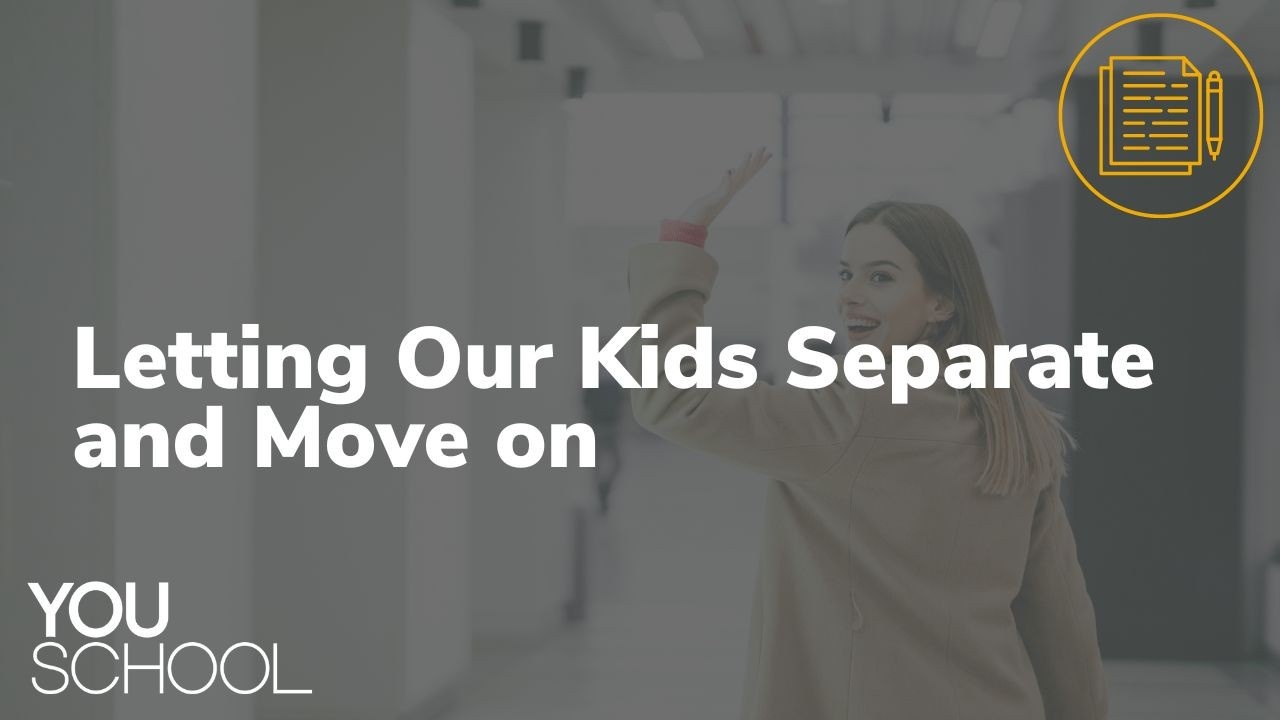 My 16-year-old son and I argued the other day about when we should leave the house to drop him off for summer camp. The bus was set to leave at 5 am (yes, you read that correctly), so I suggested we leave at 4:52 for the six-minute drive. My main priority? Sleep!

He resisted instantly and said we had to leave no later than 4:45.

I countered and said, "So you want to get there nine minutes early and stand around?" Then, I explained again how it would only take six minutes to get there, and we didn't want to wake up any earlier than we had to. Things got even more intense when he said in a loud voice:

I walked away, shaking my head in frustration and smiling as the bigger picture dawned on me. He's figuring himself out and learning what makes him different than me.

Now, individuating typically feels rough on both sides. As a parent and adults, we have many life lessons and wisdom as we go through life. We want our kids to learn from us and do things as we do them. (Which, of course, is the right, best way!)

It feels threatening when I see them do things differently than me. I worry they'll make major mistakes in life.

But, parents too often get confused about which battle to fight and which conversation to have. What matters most is that we pass down our values and beliefs, not our preferences. When we argue over more trivial concerns like folding laundry, loading a dishwasher, playing video games instead of playing outside, or where they do their homework, we miss the important and necessary separation every kid needs to go through.

Behind those trivial concerns, of course, are our values. Values for promptness, cleanliness, mental health, and education.

Those values and the priority we place on them are constantly under threat by the very people we hold most dear.

Our kids might choose to prioritize their values differently. That's the hazardous nature of parenting, and it's not easy. It's tempting to fight them and hold onto control. But, good parenting is about surrender. That's what kids need.

We ended up waking extra early and leaving for the bus at 4:45. I could've easily dragged my feet and left when I wanted to leave. I had the keys, after all. But I decided to yield my preferences for my son's. That morning, it was the least I could do to support him as he grows up and moves out into the world.

Chances are, as our kids navigate life on their own and test out other values and priorities, they'll find their way back eventually to alignment and agreement more often than not. In the meantime, talk about your values and why they're important to you, not just your external preferences.

Get the Critical Foundations Book!

A meaningful life doesn't happen by chance- it's something you plan for.
Sign up for our Critical Foundations Podcast & Curriculum.