Teaching a Growth Mindset to Kids 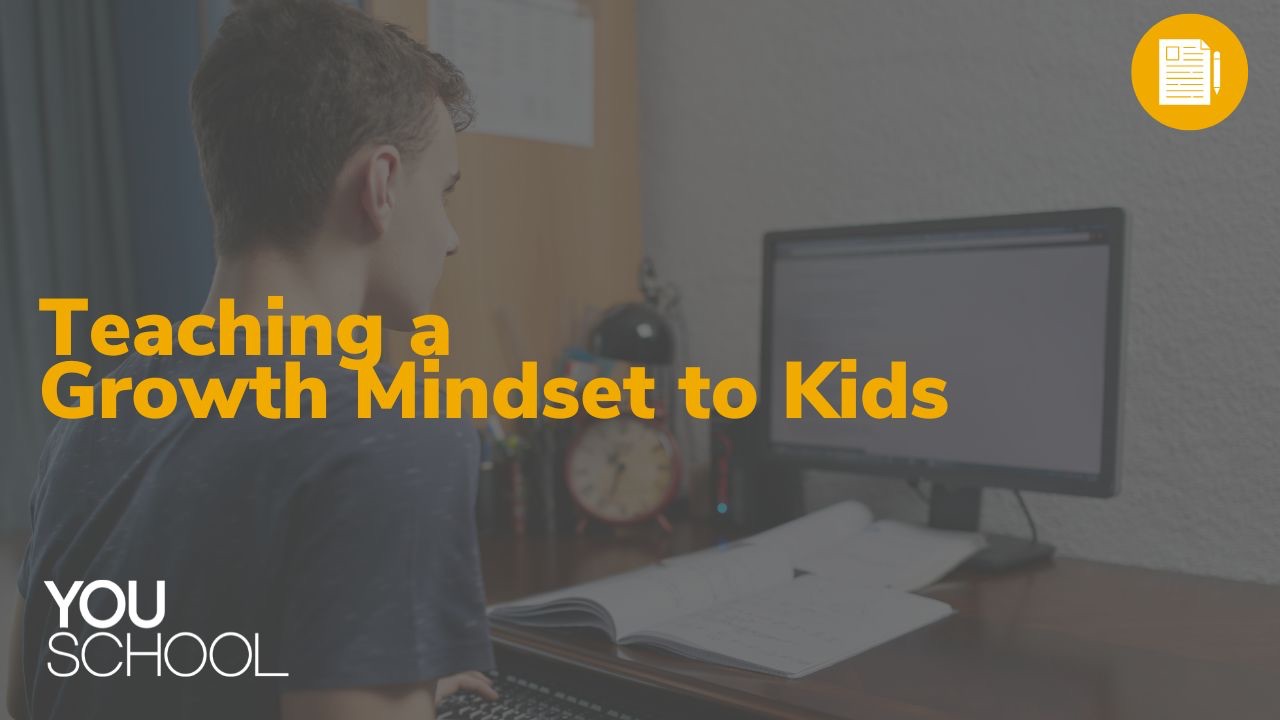 When I was little, baseball was my singular passion. I even lobbied my parents to officially change my name to Steve, after my favorite baseball player Steve Sax. (They declined). I still have thousands and thousands of baseball cards from the late 80s and early 90s, collecting dust in the attic and, hopefully, someday, passed down to my grandchildren. For years all I did and wanted to do was eat, sleep, and breathe baseball.

Then the other kids started throwing curveballs. Not metaphorical curveballs, but actual fast, movement-shifting hard baseballs that would look like they were going to hit you in the shoulder and instead hit the back of the catcher's mitt on the outside of the plate for a strike. I could not hit a curveball.

My friends could, though. At twelve, thirteen, and fourteen years old, those friends progressed and got better—selected for all-star teams and travel squads, while I sank in the batting order and stayed stuck playing Little League with other kids whose parents forced them to go outside and play a sport.

Shifting to high school, I could see the writing on the walls. Playing baseball, especially at my hyper-competitive high school, wasn't in the cards (pun intended).

So, I put all of my focus on playing golf, another sport I had fallen in love with after Fred Couples won the Masters in 1992. I was convinced that golf was my future, especially playing for the school team. None of my friends played golf, and I could beat my parents and the other little old ladies who let me play with them on the local executive course on Wednesday afternoons. They said I had a "sweet, natural swing", and, fortunately, that little ball never moved in the air before I tried to hit it.

But, on the first tee of the tryouts for the high school golf team during my freshman year, that dream was dashed, as well. Over sixty other kids showed up to try out, many of them born and raised with clubs in their hands and private coaches at their country clubs. Who knew so many other kids played golf? Not me.

I can't remember what my score was that day. All I know is that when my mom picked me up afterward, I was properly humiliated and didn't even get a call for the practice squad.

That night when I went to bed, I remember having an internal dialogue with myself. Was golf just like baseball for me? Would I turn my back on it because I wasn't as good at it as I thought, or would I take that failure on the chin and take responsibility to improve for next year?

Kids today aren't known for their persistence- whether through failure or even when challenged. In fact, some would say our culture has shifted so significantly to protect kids from difficult, uncomfortable, or painful experiences that their arrested development will have major detrimental effects on their lives forever.

Jonathan Haidt, the author of the seminal book The Coddling of the American Mind: How Good Intentions and Bad Ideas Are Setting Up a Generation for Failure, sees kids today as being deprived of "the normal toughening, the normal strengthening, the normal anti-fragility" experiences than earlier generations. His concern goes beyond considering the essential life skills that kids today likely won't learn but sees the deficit on a much more macro, cultural level. When kids are taught to understand the world through a victim lens, they'll stay stuck in what he calls a "defend mode" rather than a "discover mode", where "you're not creative, you're not future-thinking, you're focused on threats in the present."

[For more from Haidt, check out the Wall Street Journal's interview of him titled The 'National Crisis' of Gen Z]

So how do you come alongside a generation of kids who've had such significantly different life experiences than you and lead them to develop the internal attributes they'll desperately need to persist and endure hard challenges? And more than persist and endure, we want kids to take ownership of their lives, to take on the mantle of responsibility to grow, learn, and pursue lives that matter.

Once again, it starts with a commitment to prompting and guiding them to self-reflection, which always works better when you, the adult, share openly first. Think back on your own experiences where you worked hard to get better at something or to push through a challenge. Of course, academic examples from school are obvious, but what about other areas of your life, like friendships, personal growth, mental health, or in your career?

It's one thing to communicate clearly and repeatedly to kids that their lives belong to them and that they are ultimately responsible for their choices. That's necessary. But even more helpful is if you can share your own experiences of taking ownership and responsibility, especially your struggles to do so.

I worked my tail off for the next year, grinding at the driving range, setting up a putting green in my bedroom, and reading countless golf magazine instructional articles. I convinced my parents to pay for a couple of private lessons with a coach and did everything I could do to make the team during my sophomore year, which I did. I haven't become a scratch player—yet—but I still know that my potential is up to me.